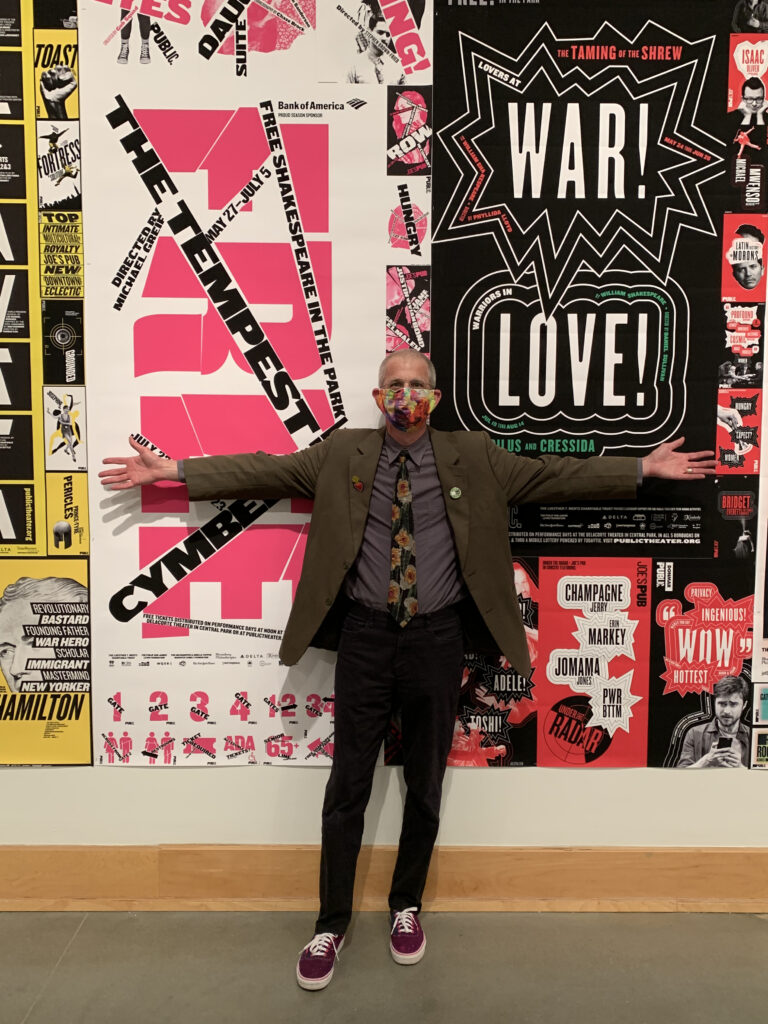 I am co-curator with Melissa Warp of the exhibition DesignHer: Works by Contemporary Women Graphic Designers at The Eleanor D. Wilson Museum September 30 – December 12, 2021 at Hollins University in Roanoke Virginia. DesignHer is an exhibition of contemporary graphic design focusing on 19 women practitioners. If spoken, the H in the show’s title’s is silent, representative of how the story of design and the story of women in design are the same. It also symbolizes that for much of design’s history, the contributions of women have been largely unheard. A primary theme within the show is how women have been at the forefront of defining and challenging the conceptions of design; also, how design exists, often simultaneously, as culture’s most public and private expression. Participants range from younger artists building a reputation through internationally-renowned leaders in the discipline. From individually crafted objects to mass media campaigns,  speaks about design writ large through the voices of women speaking design to our culture. (In photo: installed posters by Paula Scher)

My visit last February to the Master of Professional Studies in Branding at the School of Visual Arts in New York was documented at the RockPaperInk website in the “Brand Bible Blogumentary” post “Advice from Kenneth FitzGerald.” Thanks to program chair Debbie Millman for the invitation and post, and to her welcoming and inspiring students!

How to Think Like a Great Graphic Designer by Debbie Millman
Paperback: 256 pages
Publisher: Allworth Press, 2007
How acquired: Purchased at Debbie Millman lecture

This collection of interviews presents 20 noted graphic design-related figures ruminating about their activity. In her introduction, Debbie Millman disclaims the book’s title but it’s fairly descriptive, being instructive by example rather than recipe. Since the book makes no pretension of compiling a definitive list of contemporary design “greats,” I won’t fuss overlong (for me) over the arbitrariness of the designation.

What does constitute graphic design greatness? All of the interviewees are practically accomplished graphic designers (save John Maeda, who has renown but simply isn’t a graphic designer by the field’s common standards). However, the jury’s out on the long-term significance of most of these practitioners. That many other designers could claim equal—or greater—stature compared to those selected doesn’t spoil the book. Still, it would have helped for Millman to, at least briefly, outline her criteria. END_OF_DOCUMENT_TOKEN_TO_BE_REPLACED