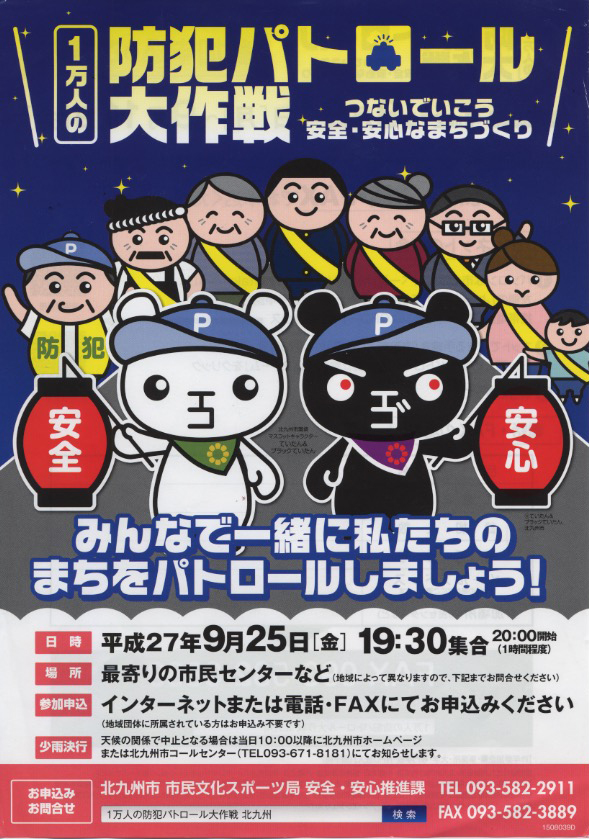 As part of an annual faculty exchange program, I taught a one week class in late summer 2015 at the University of Kitakyushu in Japan. I was accompanied by my daughter Emma, who was 15 at the time. Kitakyushu is a city of nearly a million inhabitants on the northernmost tip of the southern island of Kyushu. A dark distinction of the area is that it was the initial target of the second atomic bomb during World War II. Smoke and overcasting clouds sent the “Fat Man” south to Nagasaki.

We flew into Tokyo a week ahead of the class to travel in the country. From the start, I eagerly collected random print ephemera. Japan overall is a graphic wonderland, in density and detail. Every public entity seemed to have a cartoon mascot. And print artifacts were plentiful.

I scooped up a wide variety of free print materials. If I couldn’t collect it, I was photographing signage, logos, stickers, and such. Admittedly, much of it was mundane artifacts that I might pay less attention to if it was home-grown. But distance, language, and culture made it all fascinating. 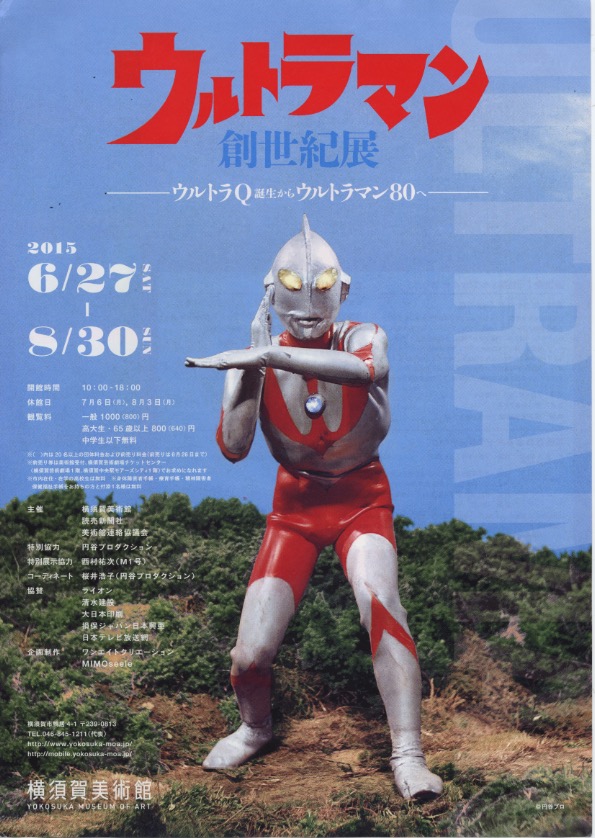 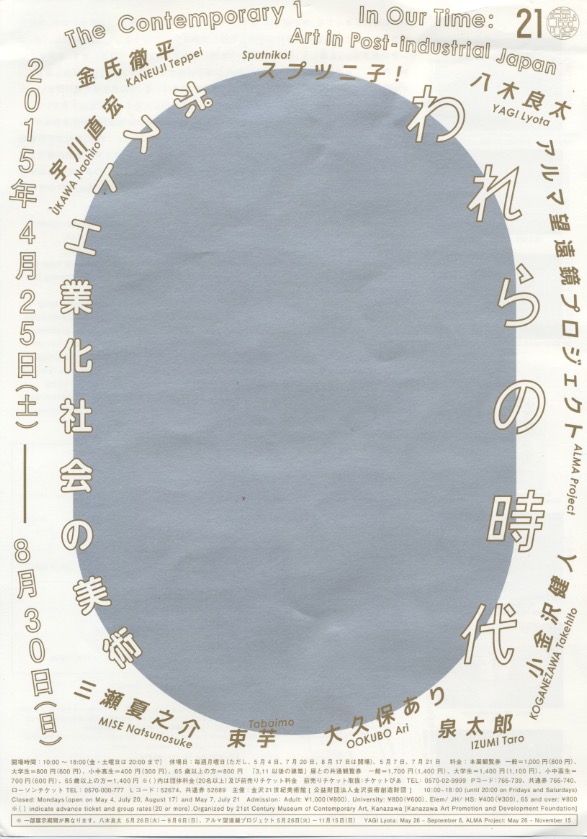 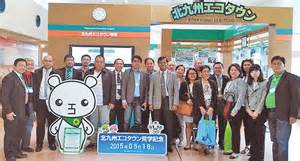 Were they a couple? Siblings? The black one’s eyebrows added a mischievous or menacing element. What we did know is that they were adorable. More frustrating than not knowing their identity was my inability to secure a sample of the characters. They didn’t adorn anything freely available. Purloining a poster affixed to a window, or a shop display was out of the question. And we didn’t possess the language skills to ask what they were, never mind if we could have a spare specimen.

The mystery was solved with a question to our hosts in the U of K International Studies office. The creatures were bears called Teitan and Burakku Teitan—the modifier being the Japanese transliteration of the English word “black.” They served as Kitakyushu’s “green ambassadors,” symbols of the city’s many eco-friendly initiatives. 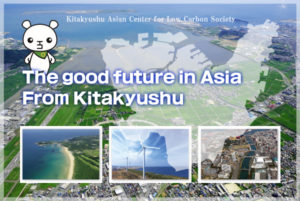 At the time, we weren’t given more than this of their back story. But they did turn out to be opposing forces. Black Teitan represented the contrary impulse to ecological responsibility, the evil twin. The bears’ mouths were the character for “eco.” Black Teitan occasionally sported an additional mark that resembled a closed quote which changed its meaning to “ego”—symbolic of his selfishness. Their absence indicated Black Teitan had seen the light green.

Unfortunately, it didn’t take much to intuit Black Teitan as potentially a negative character, especially when paired with a white version. In our brief time in Japan, we had stumbled across stray examples of racially insensitive imagery. But they were far fewer in number than instances of Confederate flag display back home in Virginia.

Though unaware at the time of Black Teitan‘s nature, I reflexively pushed back at his being identified only in context of his twin. “White” being the ideal, defining state. Because of this, I turned the tables and began referring to them as Teitan and White Teitan. This exasperated teenage Emma so, of course, I made a point of creating opportunities to say it. She understood where I was coming from but it still qualified as dad-jokery.

Misgivings pushed aside about their nature, I accepted mine with delight. Today, it adorns the lapel of the white lab coat I wear in class: a treasured artifact of travel, and a timely teaching moment.