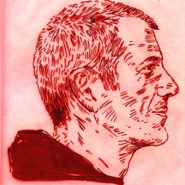 Highlights
I am author of Volume: Writings on Graphic Design, Music, Art, and Culture, published by Princeton Architectural Press, and had texts appear in Emigre, Print, Eye, Étapes, and Idea magazines; the books The designer as…author, producer, activist, entrepreneur, curator and collaborator: new models for communicating, The Graphic Design Reader, Graphic Design and Reading, Thought Experiments in Graphic Design Education, and The Education of a Graphic Designer volume 2; plus the online journals Design Observer, Voice: AIGA Journal of Graphic Design, and Speak Up. I wrote the forward for Stefan Sagmeister’s ggg Books monograph, the official bio for the British music group Cornershop, was a guest on Design Matters with Debbie Millman, and been a visiting critic for Cranbrook Academy’s 2D Design program, the School of Visual Arts Masters in Branding, and the Vermont College for the Arts’ MFA program in Design. The News of the Whirled, my novel in the form of 4-issue limited-edition magazine, received awards for excellence from the American Center for Design and AIGA, and is in the collection of Goldstein Museum of Design at the University of Minnesota. I’ve been curator of Adversary: an exhibition (of) contesting graphic design, Emigre in Norfolk, Stefan Sagmeister: a graphic designer (with Jiwon Lee), and Repurposes (with Garland Kirkpatrick). I’m also a member of the founding Editorial Board of the academic journal Dialectic, and the Steering Committee of the AIGA Design Educators Community. 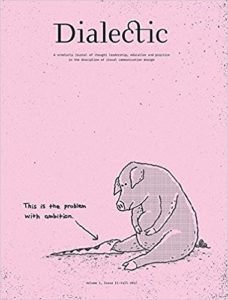 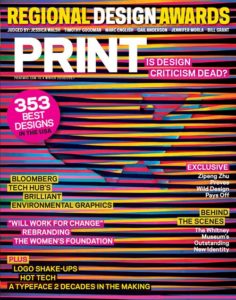 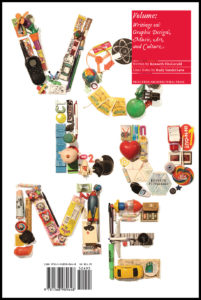 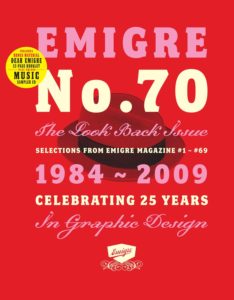 2006
• “Useless things,” Redaction, issue one
• “What I don’t know about the world,” Outside in: an international poster exhibition, exhibition catalog, Visualingual
• “Seeing and reading,” “I come to bury graphic design, not to praise it,” IDEA, issue 314

1988
• Carlock, Marty. “Haverhill art students get down to business,” The Boston Globe, 20 March

Interviews
2017
•Scratching the surface, podcast by Jarrett Fuller, May

1987
• I don’t know much about art but I know what I like (with Marcella Stasa & Boris Bally): Cambridge Multicultural Arts Center, Cambridge MA